New in our showroom!

This gorgeous and very rare, real deal 1974 Pontiac Firebird Trans Am 455 Super duty! With the factory original 455SD big block engine and TH400 transmission in its stunning looking factory original color combination. Wow, what a fantastic looking true beast of a Muscle car! With only around 740 ever produced Super duty's equipped with the TH400 you can really call this a very rare car indeed. The car is also registered in the SD world registry, and its one of only a handful still existing cars in this color-option combination. We think it's one of 2-3 left today!

And in this all original, highly documented and in concourse condition this car is one of the best true Super duty's around worldwide, guaranteed. Its quality level is stunning, and the car had a professional restoration performed on it where every nut and bolt was restored. The only way to truly understand its quality is to come and see it live. We can show you all the cars correct body and drivetrain Vin numbers, body tags, and all of its original pieces and trust us, you will be stunned with its pedigree and condition.

From new, the car spent its entire life in the dry and sunny state of Florida. First owned by Howard Levine from Ft.Lauderdale who sold the car at  around 1982, to Randy Nichols who also lived in Florida and who was a Ceo of the famous Easy rider motorcycle magazine back then. He kept the car for close to 20 years when he sold it to the last owner, Mr Y.Hachem also from Florida who  had the car professionally restored by a well known restoration shop in the same state. All in all, the complete history of this apparently 3 owner cars is known, and the all took great care of the car during their period of ownership.

He only had driven the car around 2k miles once it was completed, and he attended several car show's where he also won award's for the car's originality and quality. Once we purchased the car  from him, we improved the car to an even higher level and now its in absolute concourse quality.

A large file with pictures, documents and history of the car, and its previous owners comes with the car, and we also have a full set of PHS documents of it and of course a copy of the window sticker and other original manuals and docs. If any classic car has great documentation, this car isn't! A great addition and an asset to have with a car of this caliber. 1974 was the last production year for the famous 455 cui Superduty cars, and with that it was also the last factory produced car that really could carry the name Muscle car. As in 1974 this car was the fastest and highest HP engine for sale in any production car. This alone make’s this car a true Legend and highly collectible and desirable.

In 1974 all main brands had stopped producing high performance muscle cars due to the fuel crisis that was at its peak that year and also because emission demands in many states were becoming impossible to pass with cars like this 455 SD. So sales and demand for these unique cars just disappeared. The other reason for the end of the Muscle car era, was the fact that insurance company's just didn't want to insure these fast and "dangerous" cars anymore so even if you could buy one, getting an insurance was like finding a needle in a haystack.

It was a very brave move by Pontiac to keep this stunning performance car on the market in 1974 as the were liter ry the only ones left with a true performance model on the market. Chevy, Ford, Mopar, Olds all had cancelled their Big block powerhouses and this car you see here was the last of a dying breed, unfortunately.

The 455 SD engines were unique engines and developed by Pontiac's racing division in 1973 as an answer to the competition. In 1973 the big news happened under the hood of the Firebird's when Pontiac engineers unleashed one of the most powerful street engines of all time. The option number was LS2, the 455 cui Super Duty. Until just recently, all the hype had centered around the RA 400 engines, but the Super Duty are without a doubt one of the best and fastest engine's Pontiac had every produced, all the way up to today. They are now recognized as the tremendous machines they were and remain today. And, remember, they were built in significantly lower numbers than any Ram air engine and are extremely rare today.

The story of how the Super Duty became reality began when Herb Adams ran Pontiac's Special Projects and came under fire from his bosses in the late 1960s. "We'd been involved in the 303 for SCCA racing, and the NASCAR 366, and then word came down from up above, 'What are you doing fooling around with those racing engines when Pontiac isn't racing? Let's use that technology and do a production engine. We then took the same people who'd been working on the 303 and 366, and we put them to work on the SD-455 basically Tom Nell and Jeff Young," according to Michael Lamm's book The Fabulous Firebird.

The initial given HP rating was 310HP and a monster torque of 500 nm. With their 4 bolt main cap's, special SD heads, unique cam and intake and fuel systems the were however highly underrated. But to keep these cars sellable and, more important, insurable, the factory just dropped the actual performance numbers. Many tests by car journalists and on the drag strip prove that the engine had closer to 400+hp and 600 NM torque, numbers that in 1974 were the highest around. And with a little tweaking and tuning, these engines could make close to 500hp easily.

The Super Duty cylinder heads were patterned after the Ram Air IV. The SD heads had big, round exhaust ports and even larger intakes. Push rod holes actually broke into the intake ports and were sealed with press-in tubes, according to Lamm's book. The exhaust manifolds, which resembled headers, would interchange or fit other Pontiac engines with round exhaust ports like the 455 HO and the Ram Air IV. Despite the time dedicated to their design, the stock Super Duty exhaust system was probably the single largest limitation to this engine's potential.

If you want to make an exclusive reservation on this car, so you don’t miss out on it, please contact our sales for more information about this stunning Super Duty.

This Car Comes with Dutch Registration And EU taxes Paid.

ENGINE
Factory original, V8 455 Super duty engine with all the original parts and components. Completely and professionally rebuild and blue printed to factory stock. The engine is very powerful, and we estimate, because of its outstanding rebuild the current power is now close to 400+ actual crank hp easily.

- The car comes with Dutch Registration And EU taxes paid.

- All our cars are sold with complete service and inspection prior to delivery.

- On request, we can transport the car door to door worldwide!

-  For export outside EU or business to business price please contact our sales!

- While every reasonable effort is made to ensure the accuracy of this information, we are not responsible for any errors or omissions contained on these pages.

Prices and info in online ad’s or website might diver and are subjected to changes and or have mistakes in them. Please verify any information in question with PedalToTheMetal Holland/Europe. 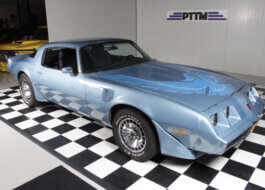 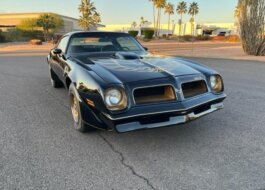 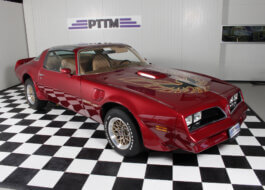 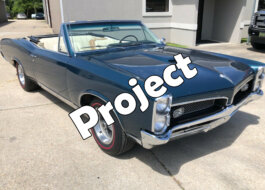