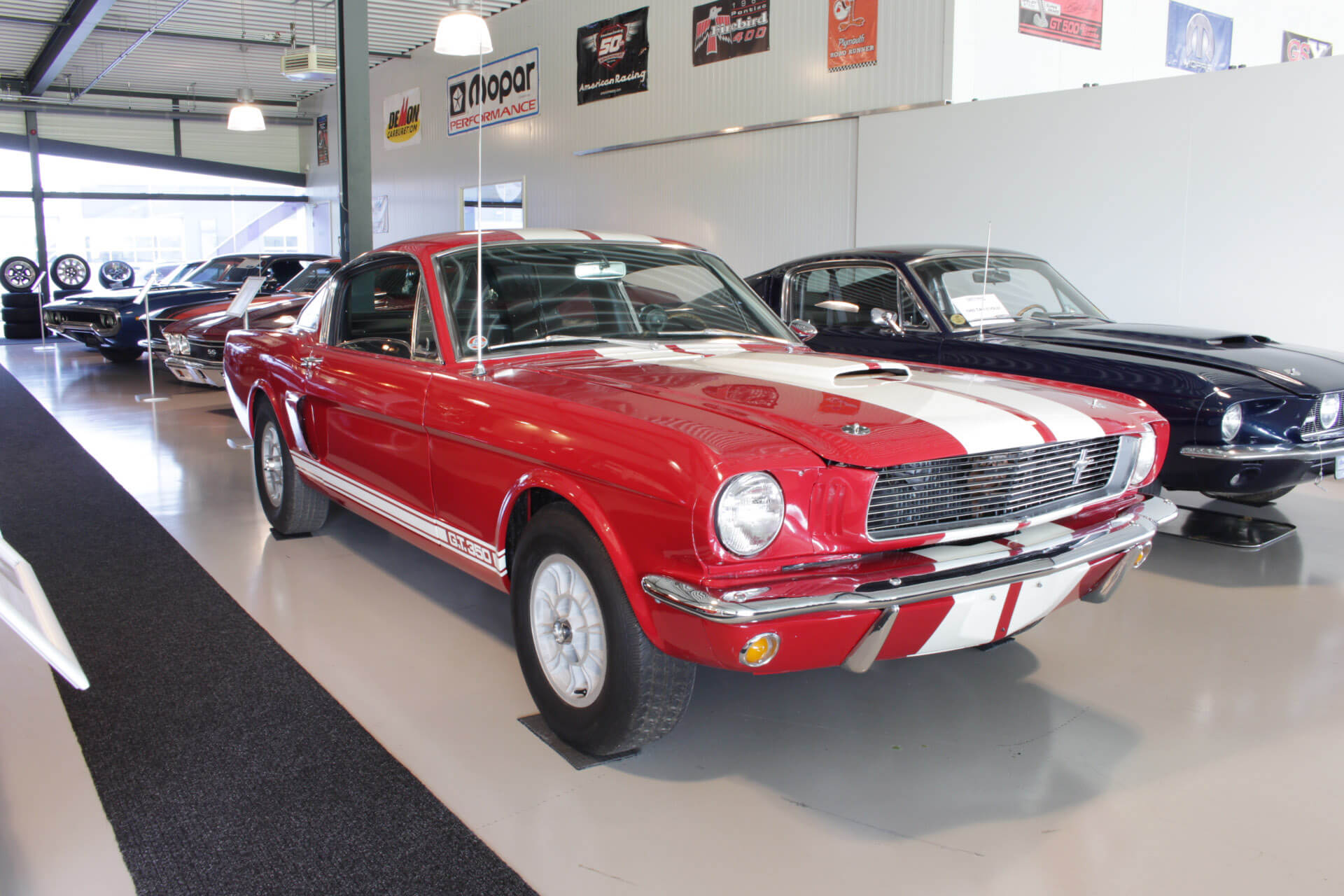 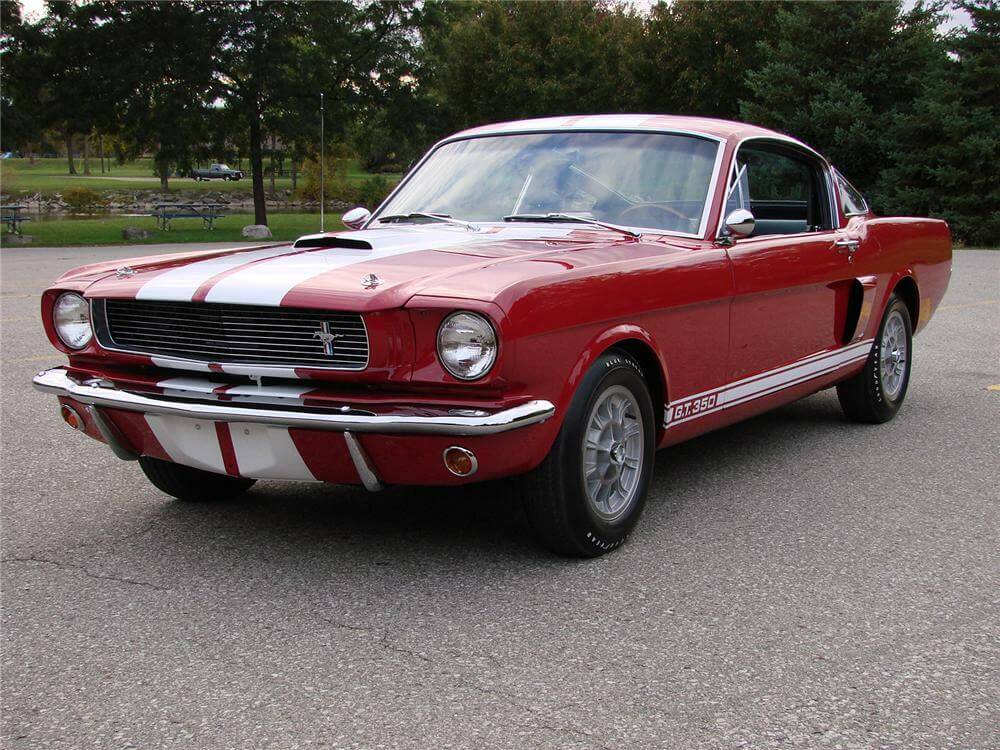 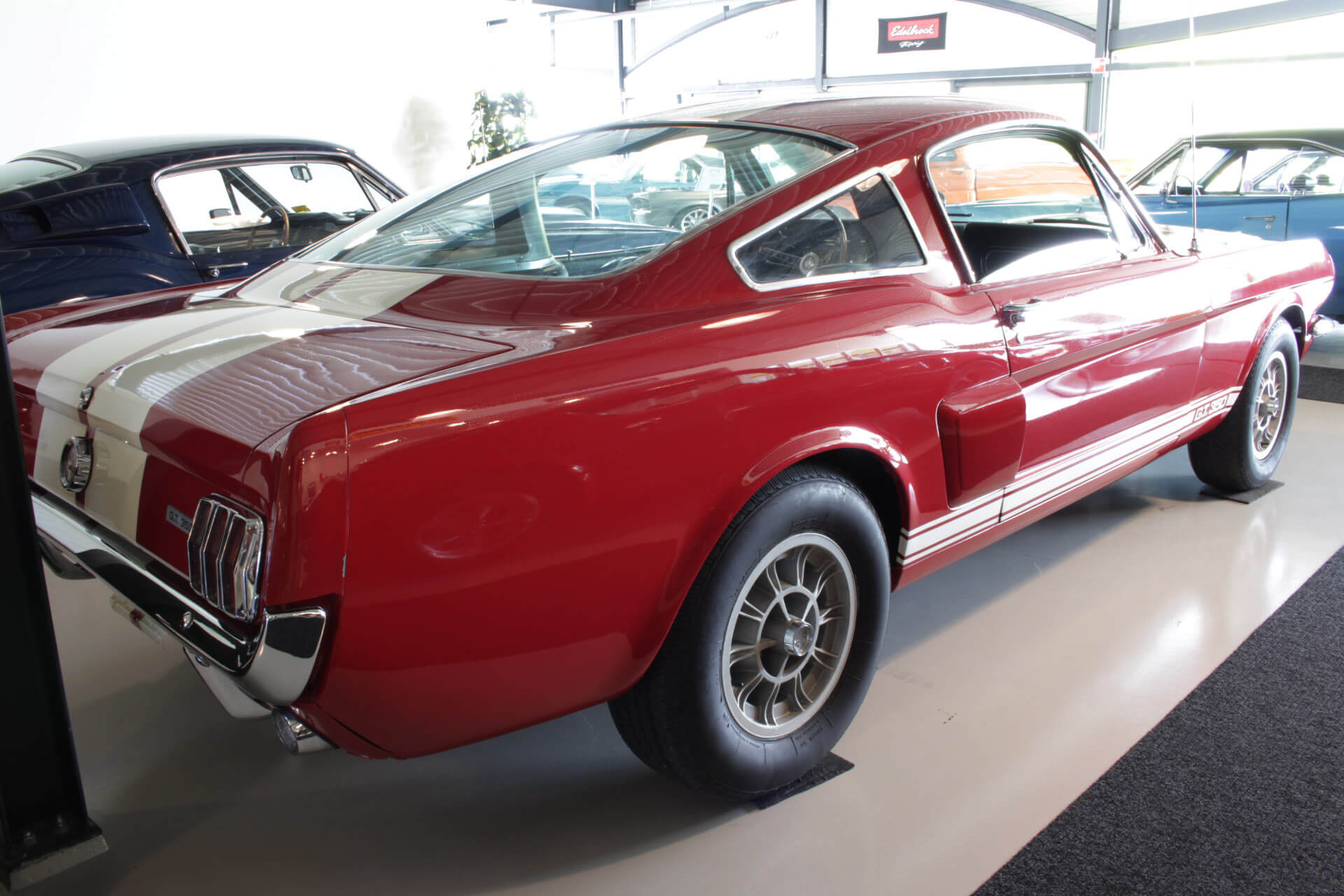 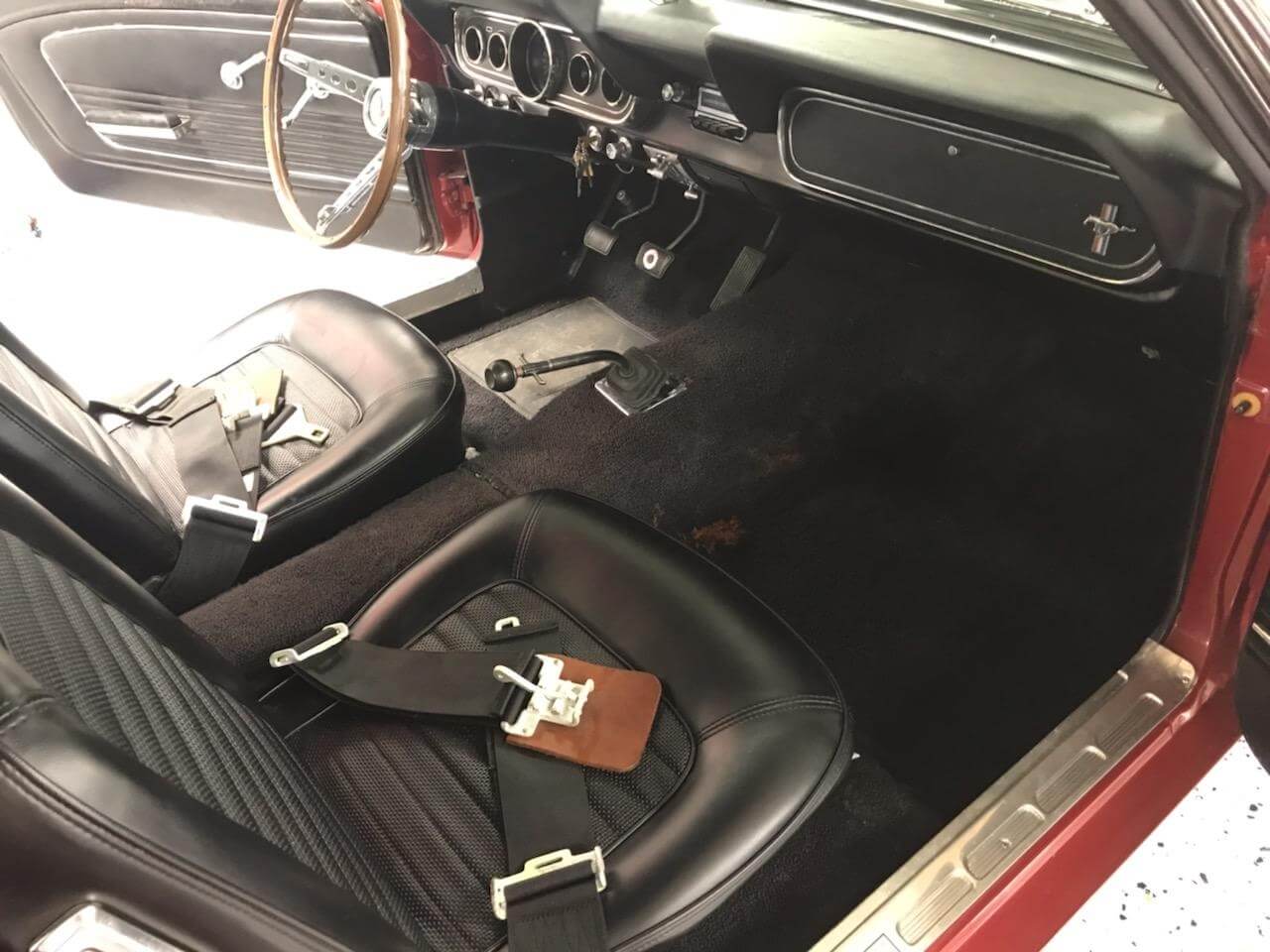 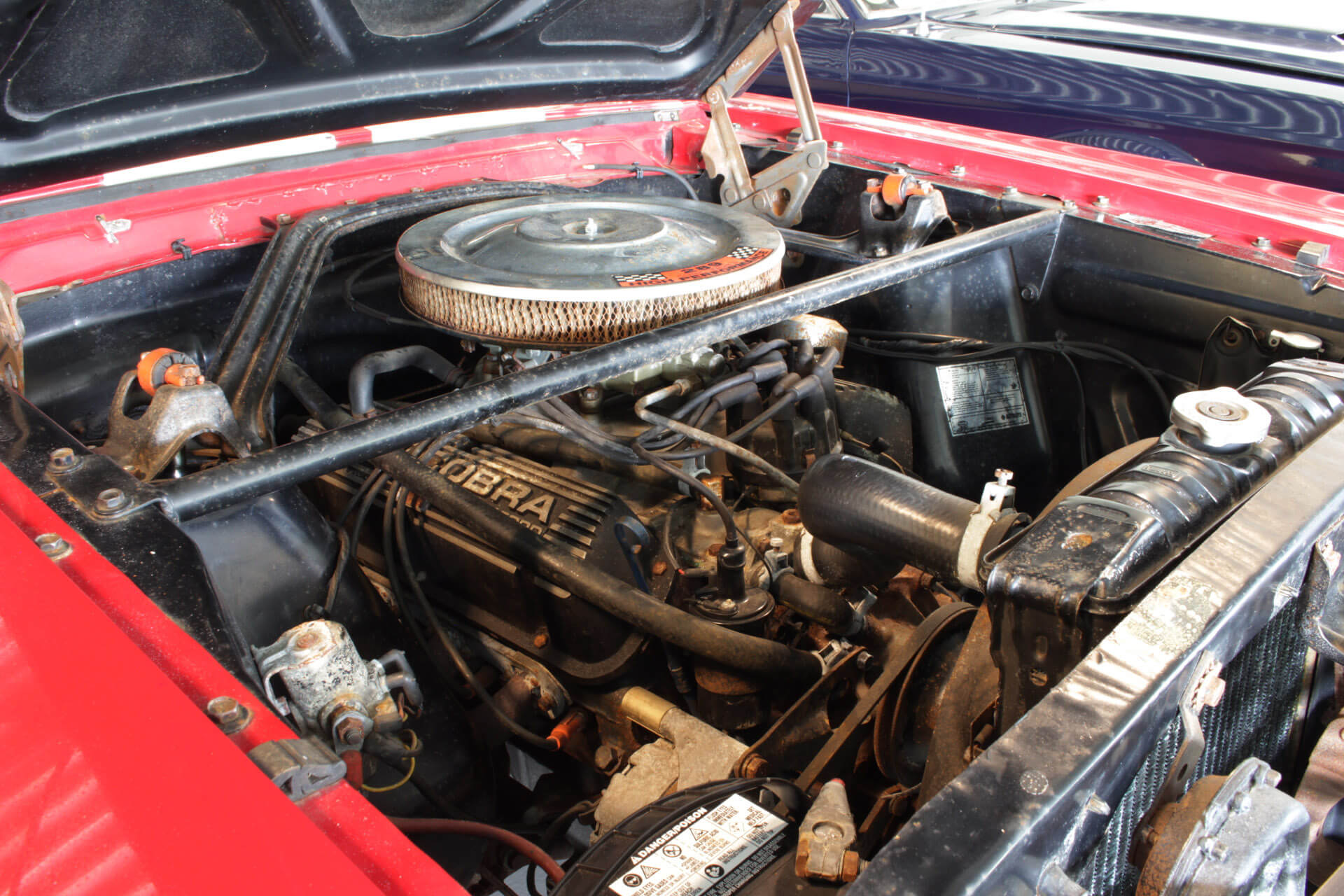 Soon in our showroom: This 1966 Shelby GT350 will be restored here at PTTM soon! The price is for fully restored.

This unique original 1966 Shelby GT350 4 in the desirable Candy apple red paint with white Shelby stripes. A very solid and all original car, and it is in the Shelby registry. The car is a rare factory Candy Apple red car with white stripes and was produced early in 1966 at the Shelby production facility in California. PTTM is proud to present this great and very rare true Shelby to its clients. With most GT350’s being white or green, or black, the red cars are much rarer and also highly sought after as they just look more appealing and its body shapes just look better in this color.

In 1966 the Shelby GT350 was a very desirable car and with its hipo 289 V8 engines a hard car to beat. After Shelby was ready with the hipo 289 it pushed out a stunning 310hp and around 340 ft.lbs in torque, Numbers that in 1966 were astonishing! And most car journalist were blown away by its performance and estimated these cars would have way more power than Ford and Shelby estimated. Numbers close to 375hp would have been more correct. This was done to keep insurance costs down, as in those days it was very hard to get these performance orientated cars insured.

Caroll Shelby was, besides his Cobra and GT40 programs, very successful in all sorts of racing in the 60s with the GT350 and the famous GT350R cars and this car is a direct result of these cars. And more or less a genuine race car for the streets with race pedigree and heritage from the track cars. Something the later 67 and up Shelby cars did not have anymore, as they were never in his race programs. So this car is as close as you can normally get to owning a true piece of Shelby’s famous GT race history.

The car we present to you here is the real deal and has its factory and numbers matching K Code V8 289 4bbl Hipo engine still in place and all its major Shelby Components are all original as well. From its Special Hood and trunk lid, its functional side scoops, the Shelby styled side windows, the Shelby wood sports steering wheel and special race seatbelts and the rare factory mounted tachometer, all are factory original pieces.

The 66 Shelby GT350 is one of the most desirable Shelby’s around, as it had more special details than for instance the 65 model. Which, although more rare, missed out on for instance the much nicer and more racy looking round faced dash gauges of the 66 model year. The functional and race style side scoop’s and the special rear side windows where normally the vents were and then some. In performance,  the 65 and 66 models were identical. There were also more colors available in 1966 which also added to the car’s successful sales numbers.

The car we present to you here is an early production model that also has some other special details that later cars failed. Such as the lower front A. Arms, special fuel pump with bolt on fuel filter, and other details. The complete body and its structure are untouched and original as well. This car is one of the best examples of an original GT350 we have seen in a long time, if ever. The car is in absolute amazing condition inside and out, and we could not find 1 inch of rust or damage repairs on the body. Which for a 66 Shelby is incredible and super rare as most of these cars were in poor condition because the were either used in races or poorly maintained, especially if they were Hertz rentaracer cars. So finding one in this condition is absolutely rare, or better, unique!

The car spend most of its live in the dry sunny states and was stored for more than 30 years in-between. The engine is in amazing condition and was rebuilt, and it’s fully checked and tested in our shop recently. The car would need a fresh paint job and some detailing and a fresh technical check up, or what we call a mild restoration, to be a perfect car. Or on request we can also do a complete rotisserie concourse level restoration on the car if you want it to become the best of the best. PTTM is specialized in Shelby restorations, so it’s in good hands. This rare and super original Shelby will then look exactly like the one that left the Shelby plant more than 55 years ago. It will be a true diamond in any car collection and a car with some real pedigree and race history.

It speaks for itself that the car is documented, and we have all the important numbers and parts checked and registered. As stated, the car is also in the Shelby registry.

The 1966 Shelby GT350 is a very rare car to find these days, especially in its original condition, as many of them had lost their desirable K code engine long ago and many were raced or crashed. Most GT350’s you come across these days are clones or tributes, or are the less desirable Hertz rental cars. NOT this car, this car is the real deal and was never abused by Hertz renters. The 1966 Shelby GT350 is the only Shelby produced car that had unique, Shelby only Vin codes and not double (Ford Vin and Shelby Vin’s) as the earlier and later cars had. With only around 1300 ever produced, the Shelby GT350 is a rare car indeed. As not many are left today that are true and really original and have their matching engine still in place. This car, however, does!

We have seen prices of 1966 Shelby GT350’s vary from 250k+ and up to even close to a million! For special and more rare cars. And most of those cars were mostly not as rare and truly original as this car is. This car should be in any self-respecting classic car collection, and it carries the real Shelby race-pedigree, although it never saw the tracks. If you are a true Shelby fan, you can’t miss our on this car! And if you take in consideration that this car has one of the best color combinations, and with its 4 speed, this car is one of the best 66’Shelby’s around guaranteed!

Pedal to the metal will do a complete restoration of the car, hence the price.

Pedal to the metal will do a complete restoration of this car. Which means we will overhaul and restore then engine and the transmission! It will get a complete cosmetic and technical restoration. This car is really solid, so restoring this car will be 100% worth it. It also will get a completely new paint job and off course in its original color to keep everything as original as possible.

Some of the car it’s factory options:

- The car comes with US title and EU import taxes paid and included
- All our cars are sold with complete service and inspection prior to delivery.
- On request, we can transport the car door to door worldwide!
- On request we can also sell the car with Dutch plates or assist with TUV (H)
-  For export outside EU or business to business price please contact our sales!
- While every reasonable effort is made to ensure the accuracy of this information, we are not responsible for any errors or omissions contained on these pages. Prices and info in online ad’s or website might diver and are subjected to changes and or have mistakes in them. Please verify any information in question with PedalToTheMetal Holland / Europe. 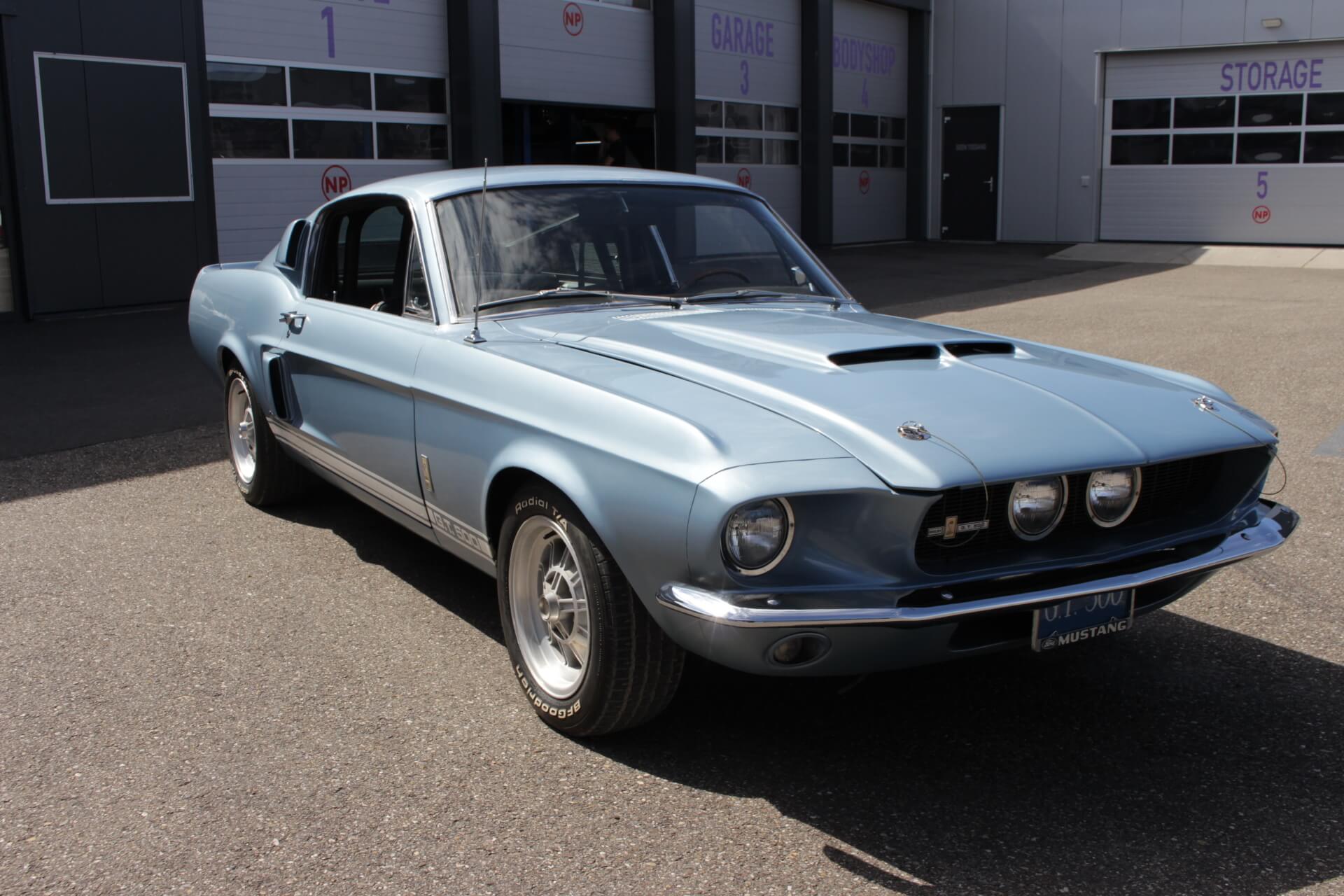 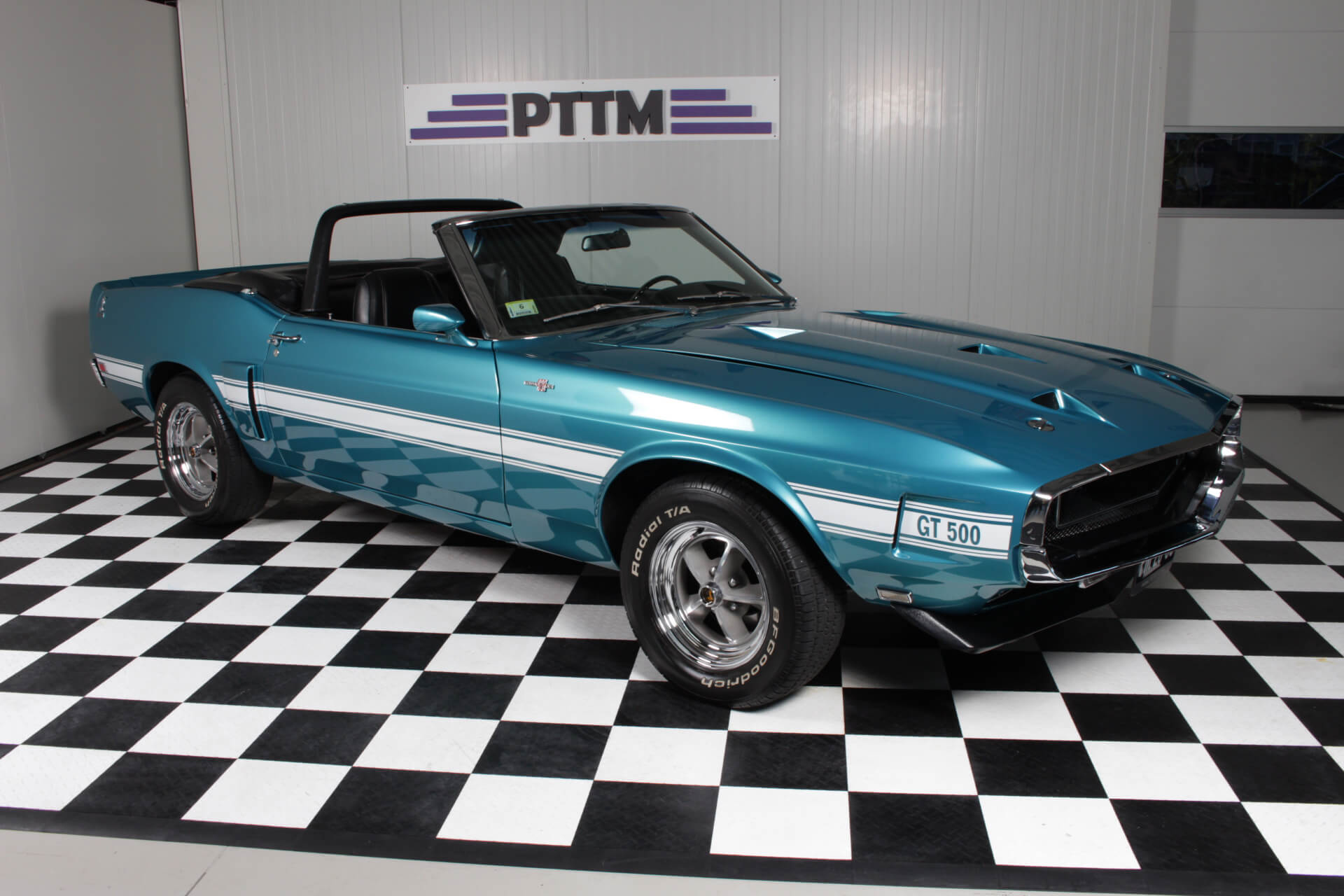 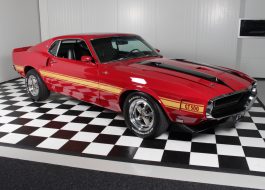