The history:
Mr Norms 1964 Dodge 330 two-door post sedan appears to be a real factory lightweight Hemi car that was campaigned in Super Stock with the backing of Grand Spaulding Dodge in Chicago, that was run by the iconic Mr.Norm of Muscle car and drag racing folklore, during the height of the Super Stock wars as they began their gradual transition in to Drag racing.

This Dodge is an original race car delivered by Grand Spaulding Dodge in 1964. Part of the seller’s documentation is an actual advertisement from the dealership offering this exact car for sale, labeling it as “ Mr. Norm” Krause’s personal race car, the Hustler! II, sold with the slightly altered front wheelbase that was becoming standard in the new evolving FX S/S class in drag racing, for which the car was letttered when it was restored. Even the glove compartment door is signed by Mr. Norm. The car was also driven under a different name later on with the name “Spartacus” by Al DeSalvo.

The car: The paint and painted graphics on this Dodge 330 Solaris on this Dodge 330 are really unique. It has the lightweight option code 661, which specified that the front fenders, doors, hood, both bumpers, and their brackets are fabricated from aluminum. The car also has a correct single-bulge factory hood scoop. It also has reportedly the lightweight pieces of glass that were created specifically for Chrysler by Corning. As you can see on the pictures, the underside has almost a surgical spotlessness. All of the 330’s body and paint work is said to be the handiwork of Bump City Auto Body of Oak Park, Illinois, just minutes from the original location of Grand Spaulding Dodge. Being a drag racing car from the start, the car has a basic vinyl bucket seat interior with radio and rear seats are deleted.

The engine: The car has a second generation version of the Chrysler Hemi V8 that was also. A 1964 introduction for the competition cars. A factory compression ratio of 12.5:1, with Holley 4160 four barrel carburators. The factory horsepower output was around 425 horsepower and this car’s engine is described as a fully correct, date-codedrace Hemi built by Mopar perfomance specialist Mike Lopez. The engine is hooked up to a Chrysler 727 TorqueFlite 3-speed automatic transmission with manual valve body.
This car comes with all the documents needed!

This car is for sale, and we are open for serious offers! 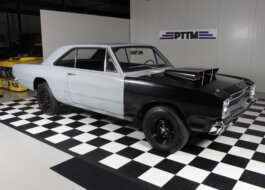 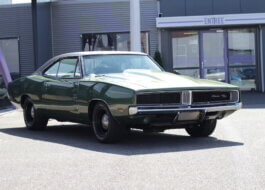 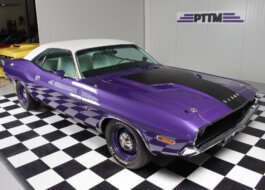 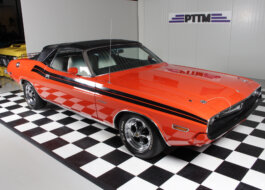 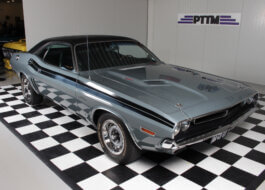 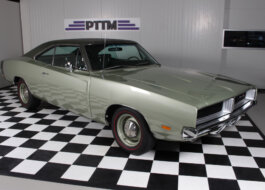 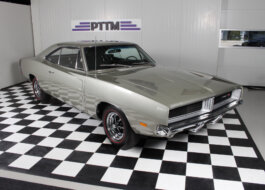 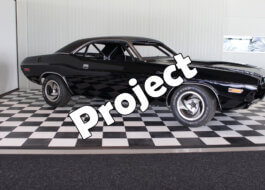